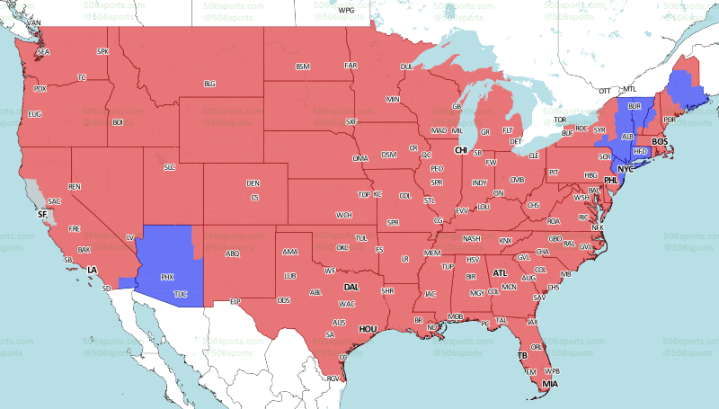 10: Dak Prescott’s rank for passing touchdowns — While the spot in the rankings may not be as impressive, the company he keeps with Cam Newton, Andy Dalton, and Drew Brees is impressive; all four are locked into the 10th spot with 21 touchdown passes. No doubt Prescott had trouble in the first three games without Ezekiel Elliott as failed to throw a touchdown, but he has thrown five in the past three games. Elliott’s return should bolster’s Prescott’s threat as a passer.

9: Jimmy Graham’s touchdown total — The athletic tight end has hauled in nine touchdown grabs (all in the red zone), tied with Alshon Jeffery and Antonio Brown for the third-most in the NFL, and undoubtedly the most among tight ends in 2017. The Cowboys will look to put safety Byron Jones on Graham, who had seven catches for 75 yards in his first meeting against Dallas as a Seahawk on Nov. 1, 2015. Jones was a rookie then. Now, the Cowboys, who have only given up five touchdowns to tight ends — tied for 15th-most — will look to take Graham out of the action.

8: Average yards-to-go on second down for the Seahawks defense — The actual number is 8.48 and thus closer to nine, but would mess up what we are trying to achieve here with Countdown. So, let’s employ Common Core math for the moment. The 8.48 figure is also the second-highest in the NFL. What happens on first and second down affects a team’s third down conversions typically. For the Seahawks defense, they have allowed conversions 38.3 percent of the time, the 14th-fewest in the NFL. Nonetheless, the Cowboys will need to be efficient on first and second downs and avoid drive-killing penalties.

7: The Seahawks defense’s rank for points per drive — The Seattle defense gives up 1.70 points per drive, the seventh-fewest in the NFL. The Cowboys will need to push the limits of every advantage they have in this area and other tangential areas. The Dallas offense is fourth in the NFL in average starting field position (30.2-yard line), 10th in yards per drive (31.7), tied for sixth in average drive time (2:49), and tied for sixth in points per drive (2.19). The averages say the Cowboys hover at the edge of field goal range every drive. Kicker Dan Bailey, who is 10-of-10 lifetime against Seattle, is not back to 100 percent and would need a little more yards to make Cowboys possessions worthwhile.

6: Jason Garrett’s home December wins — The number wouldn’t be so bad if it wasn’t contrasted with seven losses. It is just another one of the many statistics in the Garrett era where the Cowboys are a better road team than they are a home team. With two games to go, all must-wins, the Cowboys can’t afford to drop such a consequential match-up. The good news is Pete Carroll’s Seahawks are 2-4 on the road in December. Perhaps Garrett will have an advantage over the Super Bowl XLVIII-winning head coach.

5: Number of rushing touchdowns Ezekiel Elliott has inside the 10-yard line — Elliott’s scores 10 yards out are tied for the sixth-most in the NFL, and the guy has been in Cabo for the past six weeks. The numbers underscore how dynamic the Cowboys offense is inside the red zone. Not only will defenses have to respect Elliott’s abilities down close, but they will also have to consider the dual threat of Prescott, who has six rushing touchdowns in the red zone.

3: DeMarcus Lawrence’s rank for sacks in the NFL — The once-top pass rusher in terms of sacks has now fallen to third in the NFL with 13.5. He can still be a big factor in Sunday’s game, and will need to be one with the absence of defensive lineman David Irving (concussion). No doubt Lawrence will do his part to disrupt Russell Wilson and keep him scrambling, but Lawrence’s friends on the back end will need to be ready to cover for eternity as the undersized field general loads up to make the big throw.

2: Russell Wilson’s rank for passing touchdowns — Wilson has thrown 30 touchdowns in 2017, the second-most in the NFL behind Philadelphia’s Carson Wentz. The 30 scoring throws are already third-best in Seahawks single-season annals and four away from tying the top spot of 34, also set by Wilson back in 2015. Factor in Wilson also has three of the Seahawks’ four rushing touchdowns, and it is evident he is their most valuable player. Seattle may be on a two-game losing streak, but Wilson will no doubt shoulder the team and try to carry them to victory.